Judging by the promotion and the marketing, The Band is a show all about a certain band which originally formed in Manchester. When you actually see the show and understand the story, though, it is not necessarily about that group of five at all (nor is The Band about a former faction in TNA Wrestling; bonus points if you get that reference), but rather a different group of five; a group of five friends, whose lives are intertwined due to the impact of their childhood heroes.

Indeed, we begin in 1992, where five teenage schoolgirls, who fantasise about The Band every day (and they are always referred to as the lads or The Band as opposed to the group's official title), are super-excited when one of them (Debbie, played by Rachelle Diedericks) wins tickets to see them live in concert. Of course, all of the friends go along, and they love the show. An attempt to try and meet the boys afterwards is futile, though, but at least they share a bonding experience before heading home in separate directions.

Visit our Theatre sub-page for full article by clicking here
Posted by Mark Armstrong at 14:30:00 No comments:

Joining the Bayley release is this profile on Sasha Banks. I have to admit that if I had to choose between watching a Bayley match and a Sasha match, I'd opt for the former, simply because Sasha comes across a little too arrogant at times (especially considering that she has been a babyface on television for two years). One cannot deny her in-ring skills, though, and they shine like a beacon here.

Visit our DVDs sub-page for full article by clicking here
Posted by Mark Armstrong at 11:30:00 No comments:

The Iconic Matches series of straight-forward mini-collections of memorable bouts continues with The Hugger herself Bayley being profiled. In a way, it's sad watching this DVD, as it covers a time when Bayley was over like Rover (Taz Show reference), given that in recent months she has suffered from poor booking, injury and even being booed out of the building (though that thankfully seems to have ceased in recent months).

Visit our DVDs sub-page for full article by clicking here
Posted by Mark Armstrong at 11:15:00 No comments: 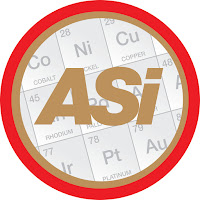 The following story is courtesy of Alex Stewart International ...

Alex Stewart International is pleased to announce the release of our new website, which combines optimised navigation with fresh visuals.

Visit our Business sub-page for full article by clicking here
Posted by Mark Armstrong at 14:15:00 No comments:

The 31st annual Survivor Series originally looked set to be vastly inferior to the 2016 instalment, with Goldberg's place being filled this time around by the suddenly-pushed, rarely-praised Jinder Mahal. Then, AJ Styles captured the WWE Championship, which meant that fans would instead be treated to a Brock-AJ dream match. Alongside some big-name additions to the men's elimination match, and the excitement generated by the ongoing brand warfare storyline, Survivor Series looked set to be one of the year's most memorable cards.

It kicks off on a high note with The Shield battling The New Day, in the dream match that you never realised you wanted to see; given the high quality action on display, though, it's a damn good thing that we got it. This is followed by the women's elimination match, which unfortunately suffers from several glaring botches, but still achieves its main goal of elevating Asuka to the position of being Raw's hottest rising star in the female division.

Visit our DVDs sub-page for full article by clicking here
Posted by Mark Armstrong at 11:30:00 No comments:

The following story is courtesy of Alex Stewart International ...

Alex Stewart International Corporation Ltd is pleased to announce that it has now become registered as an authorised Sampler and Analyst (LSA) for the London Metal Exchange (LME).

LSAs are required to sample and evaluate the chemical quality of metals, which are subject to assessment, before a brand is approved. Evaluation must comply with the quality requirements outlined in the LME contract specifications.

Visit our Business sub-page for full article by clicking here
Posted by Mark Armstrong at 12:15:00 No comments:

Jersey Boys is the crème de la crème of theatre musicals. The story of how Frankie Valli, Tommy Devito, Bob Gaudio and Nick Massi became huge stars as The Four Seasons with one hit after another, only for it all to fall apart (largely because of Tommy's financial problems) is a compelling and cautionary tale, but it is the songs themselves, and the performances of said songs by the cast, that make this one of the most famous shows in the world, spanning from Broadway to the West End and from Toronto to Tokyo.

I had previously seen the Jersey Boys in 2015, and at the time I believed that it was the best show I had ever seen. Upon its return to Liverpool Empire as part of a second UK tour, I was excited, and though I probably enjoyed the previous incarnation more (most likely because it was all new to me), the latest version hits all of the right notes (quite literally), making for a fantastic night at the theatre once again.

Visit our Theatre sub-page for full article by clicking here
Posted by Mark Armstrong at 16:00:00 No comments:

Once again, WWE has provided a round-up of what it considers to be the top PPV matches of the previous year on DVD. And once again, the final two months of the year are omitted, presumably due to the timing of its release (meaning that such crackers as Brock Lesnar vs. AJ Styles from Survivor Series are ignored), but it's clear that this will not change anytime soon. So, let's move onto what IS here - because there's plenty to cherish.

Not least the first match on the set, which to me is the best WWE match of the entire year; AJ Styles and John Cena put on a terrific performance at Royal Rumble with the WWE Title at stake, with over 52,000 spectators looking on. Next, we get a hidden gem in Randy Orton vs. (a pre-Bludgeon Brothers) Luke Harper from Elimination Chamber, and an outstanding Chamber contest for the WWE crown, which sees Bray Wyatt temporarily take his place as SmackDown's top dog.

Visit our DVDs sub-page for full article by clicking here
Posted by Mark Armstrong at 12:00:00 No comments:

The Empire Theatre has always been at the heart of Liverpool's pantomime scene during the festive season, and the venue delivers another panto-tastic experience for all the family with Cinderella.

The story is well-known: Cinders (Olivia Sloyan) struggles to make headway in her life because of her two wicked step-sisters (Daniel Taylor, who plays Hernia, and James Templeton, who plays Verruca), but a chance meeting with Prince Charming (Duncan James), accompanied by his servant Dandini (Scott Mobley), changes that. Not to mention the intervention of both her friend Buttons (John Evans) and The Fairy Godmother (Jodie Prenger), both of whom help Cinderella to keep her head up and her hopes high for a better future.

Visit our Theatre sub-page for full article by clicking here
Posted by Mark Armstrong at 12:45:00 No comments:

We're just days away from Christmas now, which means that the panto season is well and truly in full swing now. The latest venue to launch its festive show is Echo Arena Auditorium, with their offering of the timeless tale known as Aladdin. ("Oh, no they're not!" "Oh, yes they are!")

The story of Aladdin is fairly easy to follow for kids and adults alike: Aladdin (played by Michael Auger, star of Collabro from Britain's Got Talent) and his daft family (his brother Wishy Washy, played by Mark Jones, and his mother Widow Twankey, played by Ruby Murry) are in Peking, where he encounters Princess Jasmine (the debuting Jessica Johann), much to the chagrin of her father who wants her to avoid falling in love with someone who lacks great wealth.

Visit our Theatre sub-page for full article by clicking here
Posted by Mark Armstrong at 14:30:00 No comments: